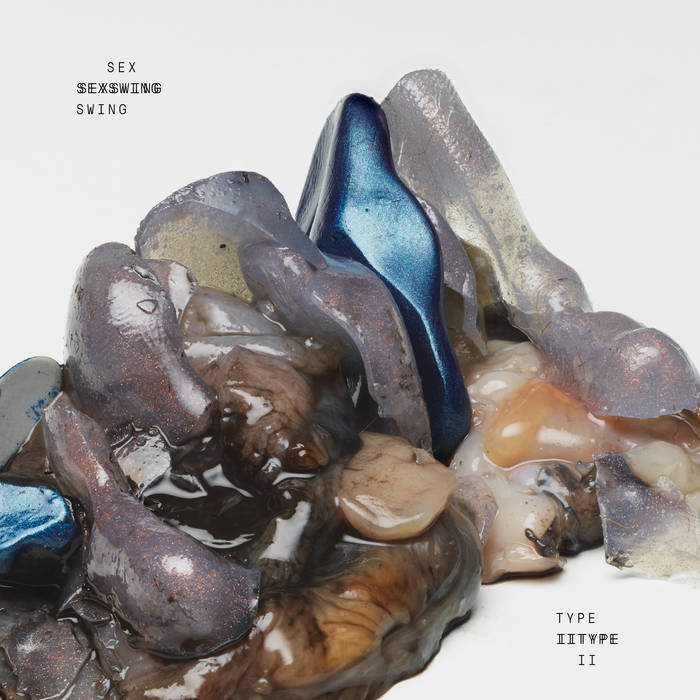 In the realms of heavy amplification and monstrous riffage, one crucial ingredient can make the difference between an outfit doggedly hammering away at their chosen art and another whose graft is alchemically transformed into something of compelling fury and primal satisfaction. That ingredient is malevolence, pure and simple; the sense that something authentically vicious and debauched is going on at the root of the racket assaulting the sensibilities. Needless to say, Sex Swing - the London-based group whose mercurial and uncompromising onslaught now sees its second iteration to the wider world - have no shortage of this elixir.

Since their foundation in 2014, this rogues gallery of luminaries of the UK underground have consistently proven to be capable of projecting vibrations that transcend and usurp any idea of the sum of their component parts. It is true that they’ve clocked up notable experience sparking tinnitus with everyone from Mugstar and Bonnacons Of Doom (bassist Jason Stoll) to Dethscalator (vocalist Dan Chandler and drummer Stuart Bell) and from Earth (guitarist Jodie Cox, who also introduced keyboard player Ollie Knowles to the melee) to a dizzying variety of endeavours from the paint-stripping skronk of Dead Neanderthals to the righteous ire of Idles (all via saxophonist Colin Webster) .

Yet Sex Swing represents less a group of disparate musicians pooling their resources, and more a peculiar spark of collective chemistry, with all forces gravitating towards the pursuit of the same dissolute and mysterious goal. ‘Type II’ - recorded by Martin Ruffin at Hastings’ Savage Studios and mixed at Bear Bites Horse by Wayne Adams - is that goal reached in effortless style and amplified to intimidating aural vistas.

This mighty monument of swagger and malice also sees fit to add a certain amount of glitter to the trademark grit this time around. Just as the artwork from long-term collaborator Alex Bunn boasts a luminous sheen absent from the unsettling abjection of the sleeve of their 2016 debut on The Quietus Phonographic Corporation, so the rolling grooves and mantric hypnosis here boast a new-found structure and a feline sleekness fresh and unusual for this pugilistic outfit, just as Chandler’s brooding presence disguises a twisted lyricism.

Nonetheless, this remains a band fundamentally obsessed with the expression of decadence and wrongdoing through the mediums of repetition and overloaded frequencies. Opener ‘The Passover’ hits like hammer to skull right from the off, a relative moment of calm soon being broken by an ungodly squall of horror from Webster’s sax, before a fearsome and naggingly catchy debacle ensues akin to Suicide grappling with downers in dancefloor rapture.

Elsewhere, rock abjection is filtered notably through an electronic prism, as krautrock grace and garage brawn engage in a strangely beguiling wrestling match to the death – ‘Valentine’s Day At The Gym’ is this vision at its apotheosis, rising like a Birthday Party-esque phoenix from the ashes of bad decisions and late nights - a tapestry of croon and warped groove that gathers momentum and power on a pathway to a particularly handsome kind of oblivion.

‘Type II’ is more than the mere machinations of a rock band - it’s a howl of malfunction rendered terrifyingly visceral. It’s the lightning flash and unearthly roar of the primeval battle between Godzilla and Mechagodzilla that provokes awe and disquiet in the realm of fantasy, It’s the haunted clangour of the faullty air conditioning unit that lurks in the anonymous office building yet lends it eerie ambience. It’s man vs machine where discord becomes harmony, and it’s a fearsomely invigorating spectacle to behold.

Bandcamp Daily  your guide to the world of Bandcamp